There is a similar scene sweeping across schools in epidemic numbers this week, one that includes stars and holly cheerfully dangling from ceilings, poinsettias strategically covering any scuffs on gymnasium floors and the frenzied energy of flashes as proud parents scramble to capture the perfect photo op.

With a series of last minute adjustments to tinsel-laden wings and a few accidental bonkings of a shepherd’s staff connecting to a fellow classmate’s head, make no mistake: ‘Tis the season for school Christmas concerts and pageants.

Shepherd Montessori Private School was one of the many schools in Mississauga taking part in the tradition, as 80 students, ranging from age 2 to 11, regaled the packed house at St. Catherine of Siena Church Wednesday night. The play, which also included students from The Atrium, begin with the emerging of angels sprinkling the ‘holy ground’ with sparkles in preparation for the coming of Jesus.

Then, more than a dozen children, costumed in their own cultural attire to accentuate the differing heritages, paraded around a large wreath circled on the floor. According to Rocco Litrenta, 3, who was smartly dressed in a crisp white shirt in honour of his Italian roots, this part of the play symbolized, “That we are all brothers and sisters, we’re all one body of Christ.”
With a chorus of children singing the audience through the narrative, Gabriel brought a message to Mary, and then guides her and Joseph safely to the stable where they are eventually greeted by three wise men who are there to greet Jesus with their gifts. The 45-minute presentation went off without a hitch, save for a shepherd who had a penchant to break into air guitar and some skew-whiff wings hindering an angel’s graceful movement.

Rose Litrenta, who proudly watched her grandchildren perform what they had been practicing at home for a month, said, “It’s so emotional to see them all, especially at the end. It reminds you to open your heart to the season.”

Litrenta, whose grandchildren range in age from five to 10, has seen many renditions of this play, which has been performed every Christmas since 1988.

Adds Iolanda Rossi, whose grandson, Noah, 4, was a sheep, “It’s so cute to see them all, but they also learn so much from being a part of this.”

Miss D., directress of Shepherd Montessori, was proud of the effort put forth by the students saying, “You can’t help but notice how hard and diligent these children worked.”
DiMichele and her students have also been performing this play for the residents of Chelsey Park nursing home for the last 15 years.

“This year we received a standing ovation from Chelsey Park. Our children really felt they had brought some cheer to many people, and they were as proud of themselves as we were. They truly did a magnificent job.” 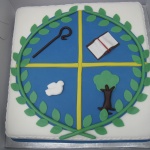 The meaning behind our crestUncategorized 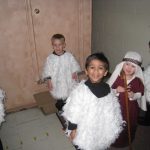